Home Archives Profile Subscribe
X
The Universal Library contains every book that has been or can be. Its pages outnumber the atoms. Gathered here are links to a few of those pages that happen to have fallen into my hands.

Listed in order of decreasing length (because they have to be in some order):

Clicks & Colluders: Hillary won in 2016, but the election wasn’t really over.

The Miracle Wrought by Silas Gantry: An undeniable miracle that everyone witnessed would change the world, but how?

The Monkey and the Amazon: An Amazon in disguise and a monkey that may be more than it seems navigate the perilous intrigues of ancient Babylon.

Shadowloves: A Tale of Desire: True love is a many-dangered thing.

Daimon Born: The First Adventure of Theagonistes: Begotten above the Moon, a daimon seeks the Empyrean and brings catastrophe to the Earth.

The Miracle Wrought by Silas Gantry 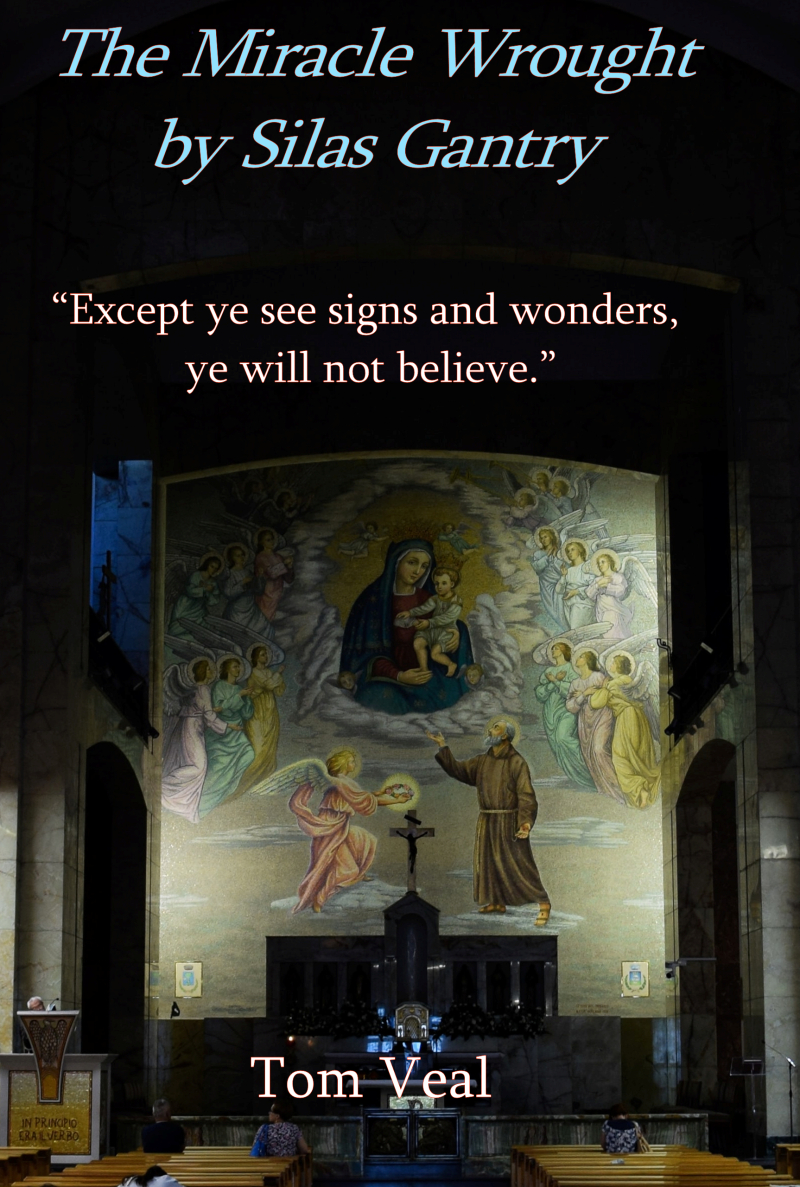 What if everyone believed in miracles?

Silas Gantry bears two crosses as he sets out on a clerical career: his inauspicious surname and his unfashionable theological ideas. Able to find a pulpit only at a dilapidated urban mission, he struggles to put his ministry onto a solid footing. And then his prayers are credited with eradicating a worldwide plague. Does he deserve the credit? He doesn’t pretend to know, but his life changes dramatically. He gains fame, fortune and a beautiful wife with a knack for publicity.

Silas’s undeniable miracle changes the world, too, but not in any way that he anticipated. Can he survive the Unveiling of the supernatural, or will he fall prey to temptations that he never imagined?

The Monkey and the Amazon 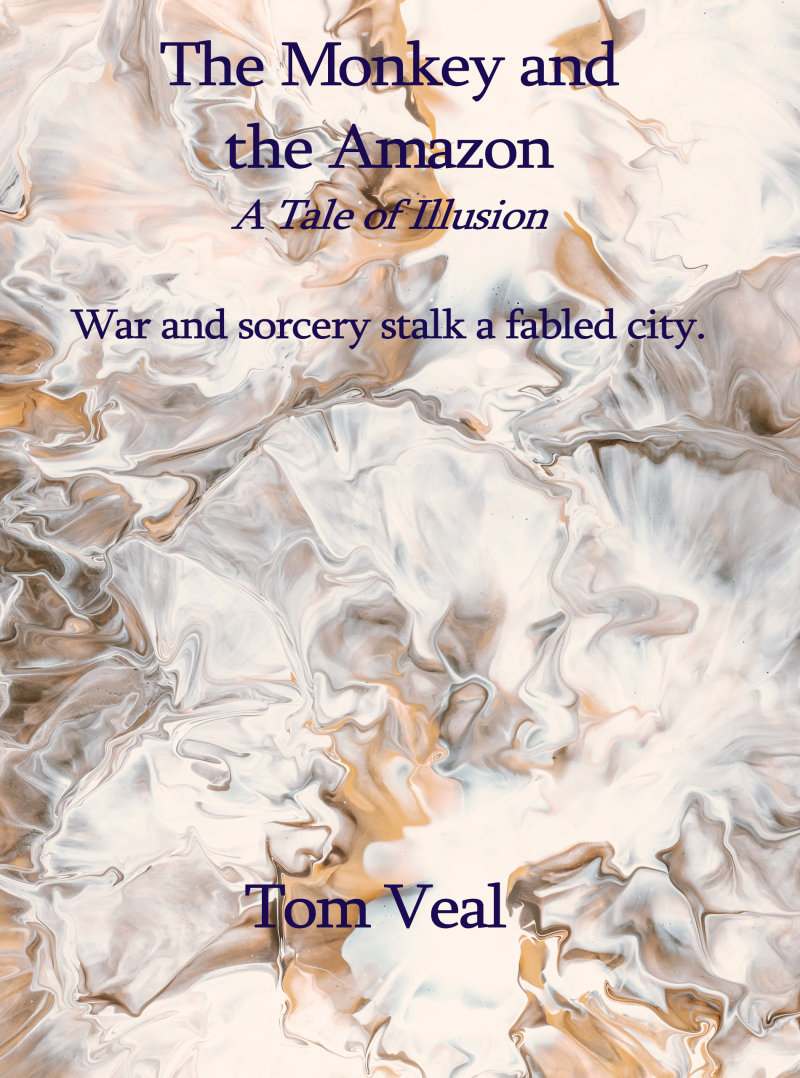 Alexander the Great is dead. For a dozen years, his generals have fought for control of his empire. One of them, Seleukos, has lodged himself in Babylon, Alexander’s capital, where he awaits the onslaught of his most powerful rival, Antigonos One-Eye, General of All Asia. At his court are two insignificant figures: a homely slave girl reputed to be the daughter of an Amazon warrior and the pet monkey of an ambassador from distant India. Each possesses a secret that it would be death or worse for the world to know. Then they find themselves allied and endangered in a city filled with magic and intrigue. 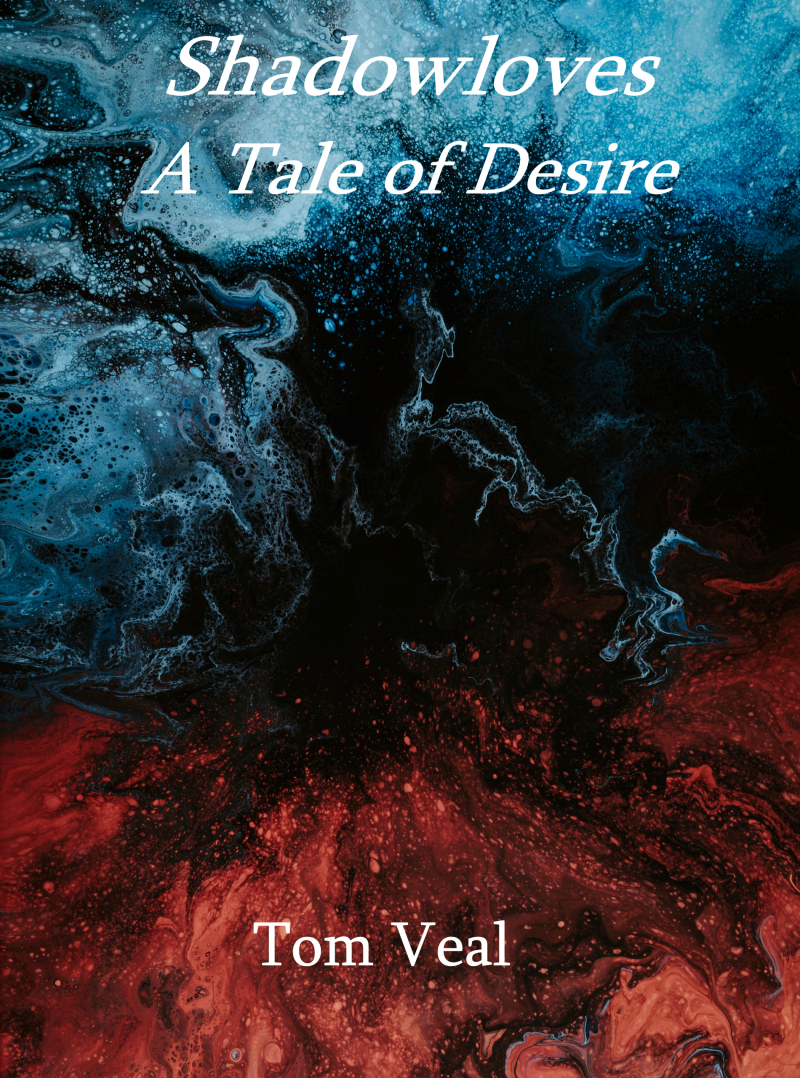 To a man pushing into his thirties without a love life, Shadowloves, the lushest of singles resorts, offers the promise of finding once again The One and Only from whom he parted years ago. But once he has found her, will she ever let him go? 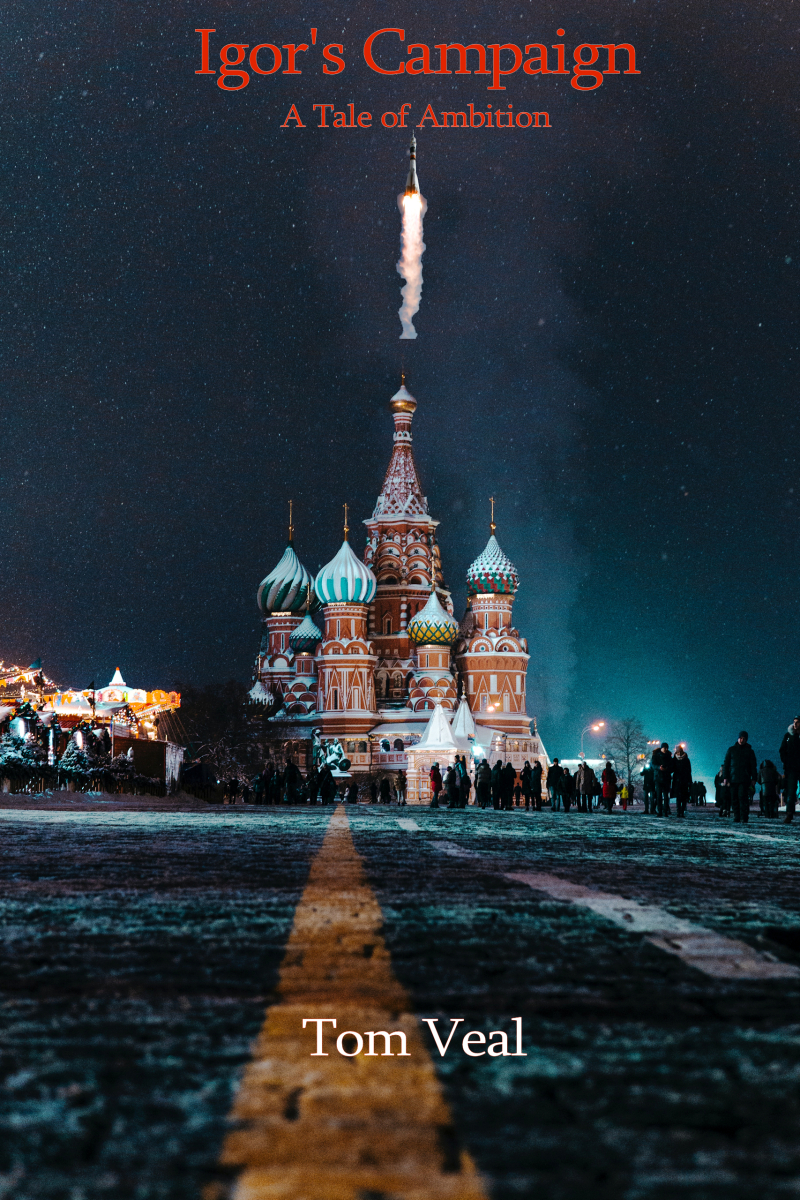 An historian once remarked, “History does not have to be probable.” What about Alternate History? Shaking off the bonds of mere likelihood, this rollicking tale looks at what might have happened if the 1995 World Science Fiction Convention had been awarded to Moscow, then in the full tide of hopeful post-communism. Russians want to get rich. One particular Russian has an ambition that soars beyond that, and he seeks to attain it through, of all improbable vehicles, the World Science Fiction Society, Incorporated. 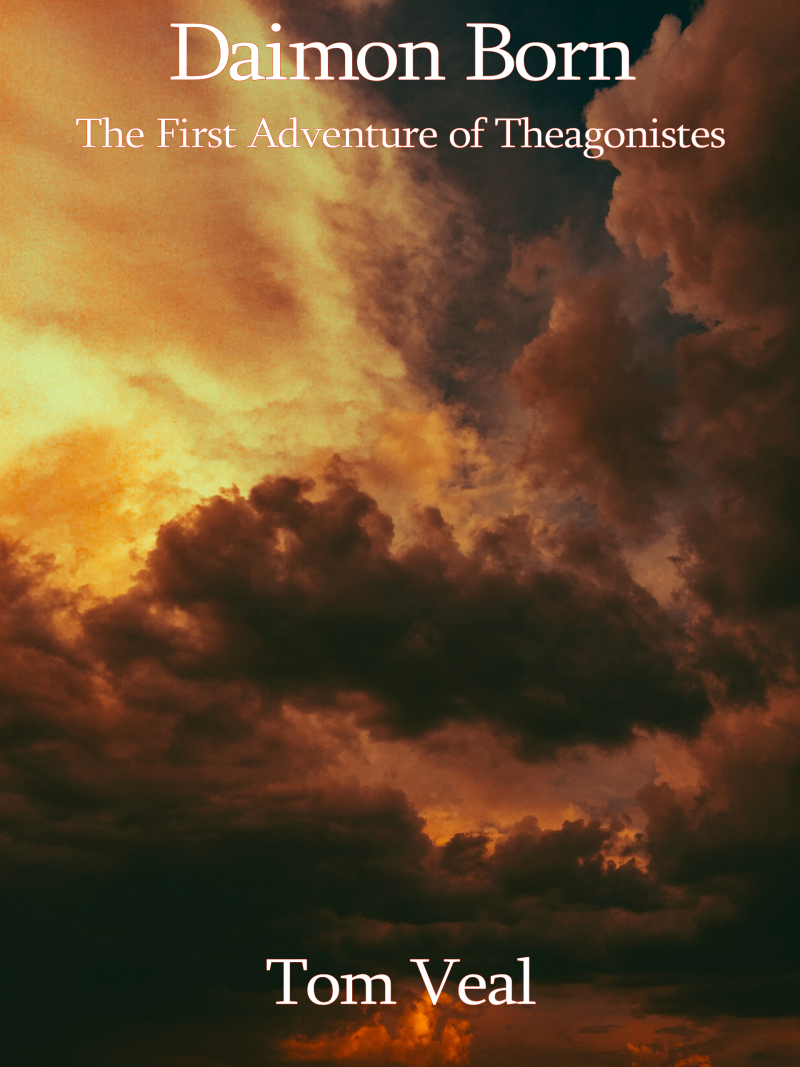 To feeble human perception, Earth is a tiny ball inside a gigantic void. To the daimons, the aetherial winds fill that void with sights, sounds, odors, tastes, feelings and sensations that humans cannot comprehend. From the clash of those winds, daimons come into being. “Daimon Born” portrays that strange world beyond the Moon from the viewpoint of Theagonistes, a daimon whose actions will someday be highly consequential for the human world. This prologue to his biography recounts his first (literal) impact on the Earth and how he became an exile there. 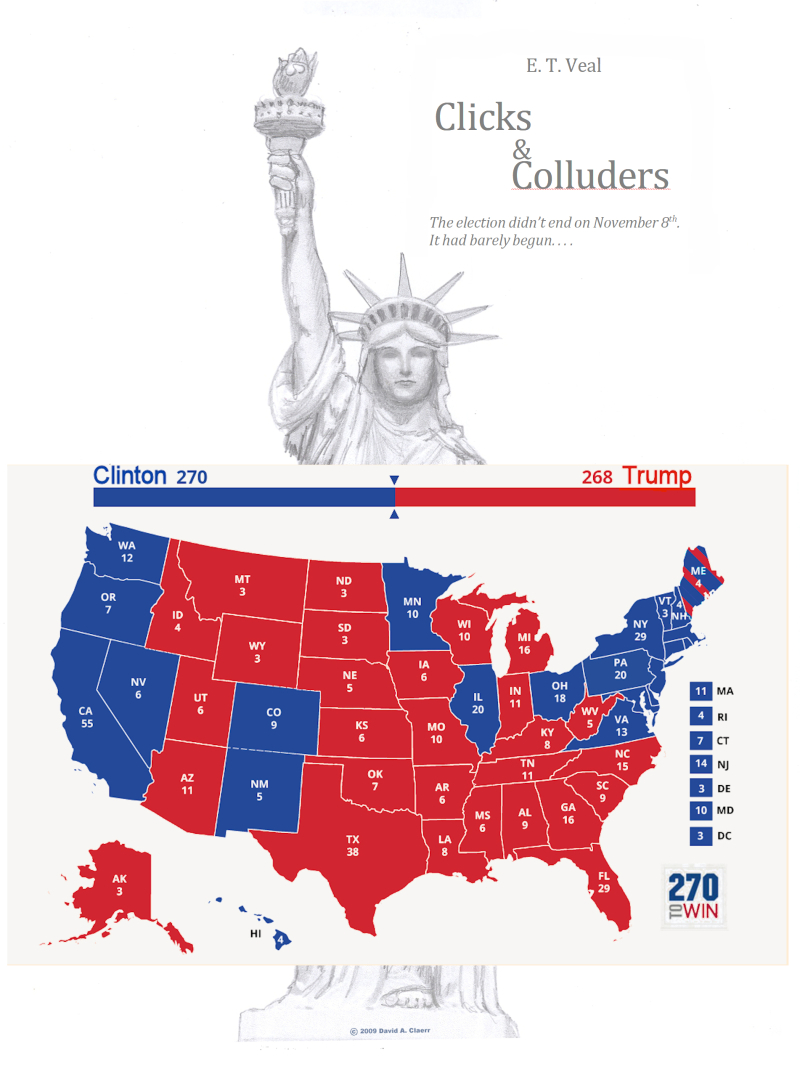 Hillary Clinton has won the 2016 Presidential election. That was no surprise to anyone. What was surprising was the margin: an Electoral College majority of just two votes. The key to the victory was, in the opinion of many, the late revelation of Donald Trump’s ties to Russia.

Madi Hewlett, fledgling reporter for an Internet service specializing in political news and gossip, is the lucky recipient of the inside story of how the Trump scandal was uncovered. Her source is impeccable, a Russian dissident with contacts deep within the Putin regime. Her story disclosing the details is a sensation, launching her journalistic career.

Or so she thinks. The events that she sets in motion veer in unexpected directions, threatening to end the Clinton Presidency before it begins and making her and her friends and her friends’ friends targets of the FBI.

Featuring an array of characters from the worlds of spycraft, social media, politics and private foundations, Clicks & Colluders tells a story that might almost have come true.